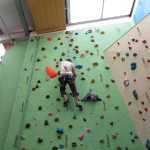 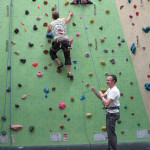 Dan starts the climbing off with Jeremy belaying 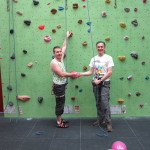 The start of the day 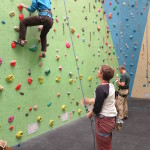 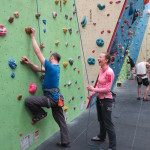 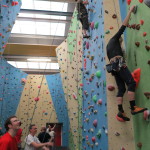 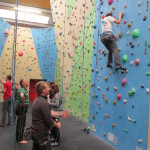 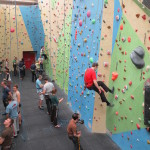 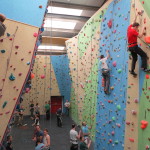 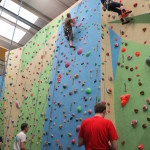 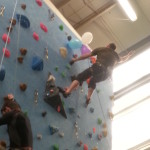 Flag left on the summit ! 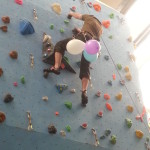 taking the “flag” to the summit 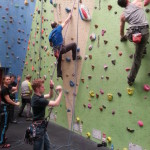 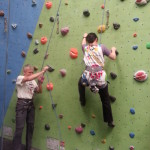 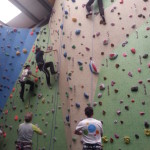 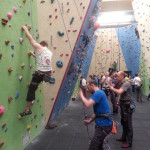 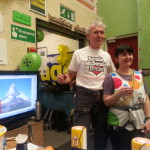 Tea and cake break for Ian T and Christina 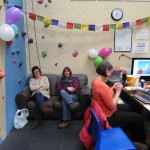 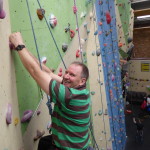 A huge thank you to everyone who climbed, supported, made cakes and donated to the Everest Challenge climb at The Cragg, Stowmarket on Sunday.
It was a brilliant occasion and I hope that the aches from climbing numerous routes are beginning to ease!

Thanks Martin H for the great mountain graphics that helped to motivate us all and extra thanks to Jeremy and Ian who got this all organised.

Dan and I are amazed by the results of the event a staggering 14,011m climbed and so far over £3,000 raised for the Evelina Children’s hospital, Down’s syndrome Association and Ronald McDonald Charity Houses. An incredible way to mark our little Issy’s short time with us and we hope that the money will help many other families in the future.

Climbing and cake eating continued until 16.30 with an amazing total of 14,011m climbed (that is Everest at 8848m and Cerro Culipata a 5,163m mountain peak near Orcopampa, Arequipa, Peru)

What an incredible day !!